The English surname Millard is of Anglo Saxon origin, and was generally spelled as Myllward, it derives from the Old English word mylen, meaning a mill, and "weard", a guardian or keeper.  It was the occupational name for someone in charge of a mill, or any of the workers in a mill.  Thus, a person's name might be Robert the Myllward (or Thomas the Baker).

The mill was an important centre in every medieval settlement, whether powered by wind, water, or, occasionally, animals, and the millward, a powerful and respected figure in the community. Early examples of the surname recordings include Richard Meleward in the county of Sussex in 1296, Walter le Milneward in the letter books of the city of London in 1300, and Robert le Moleward in the Subsidy Tax rolls of Derbyshire in 1327.

The first recorded spelling of the family name is shown to be that of Robert le Milleward. This was dated 1273, in the Hundred Rolls of landowners of Huntingdonshire, during the reign of Edward 1st.
​
When a poll tax was established in the 1300s many were forced to take a surname, and workers and peasants became Robert Myllward (or Millward or Miller or Millard) or Thomas Baker, or in some cases surnames were assigned to an entire village (e.g. the surname Highstead or Istead).

By 1400, most English and some Scottish people used surnames, but many Scottish and Welsh people did not adopt surnames until the 17th century, or even later. Henry VIII (ruled 1509–1547) ordered that marital births be recorded under the surname of the father.

In the late 1500s churches were ordered to register and maintain records of births, baptisms, marriages, and deaths, but the only literate persons were priests (and some of the aristocracy).  Names were typically registered based on the phonetic sounds of the name.

My own Millard family originated in Maulden, Bedfordshire (aka the Maulden Millards), and this genealogy is examined in detail elsewhere in the website.

The Sgt Major James Millard family, which originated in Mapledurham, Oxfordshire (aka the Mapledurham Millards), is also examined in detail elsewhere. 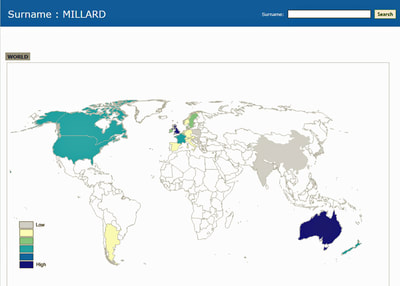 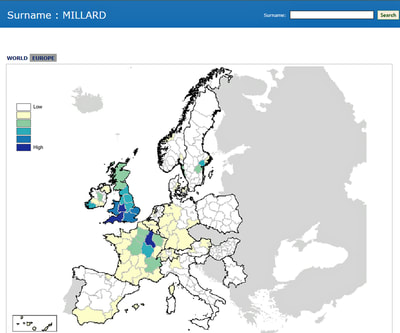 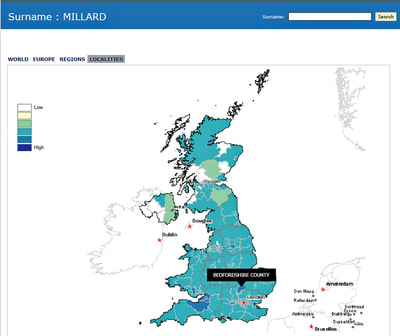 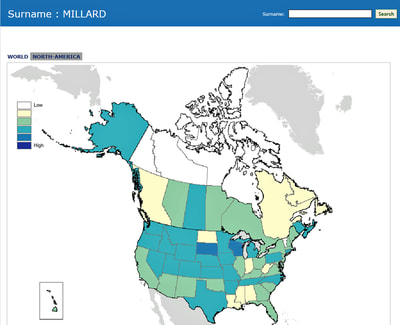 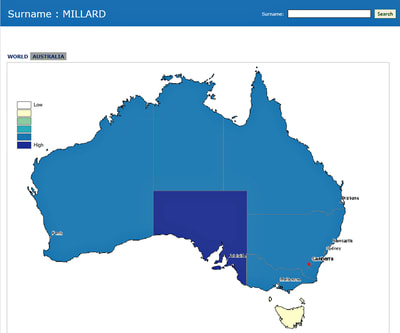