Written and compiled by  Ernie B. Millard  ( grandson of Percival Richard Millard )

Gratefully acknowledging the story, photo contributions, and patience for many questions for my Uncle Art, Uncle Don, and Aunt Gladys, the research of second cousin Earl Millard, and  support, and encouragement of my second cousin Keith Millard, and the contributions of many family members.    Designed to record our family's history in the Okanagan Valley of British Columbia , this work is meant to evolve, and be updated with the contributions of other family members.   Additional photos, old letters or postcards, comments, or suggestions, are greatly appreciated.

This essay and webpage is a tribute to my grandfather Percival Richard Millard born in Montreal, Quebec and lived and raised his family in the Okanagan Valley, BC.
Hover cursor for caption, click to enlarge:

This chapter is an overview of the Millard family name origins, Percival's father Henry Richard Millard, and Percival's childhood, and begins below this Directory.

This chapter is planned to be added at a later date.

The English surname Millard is of Anglo Saxon origin, was generally spelled as Myllward, and was the occupational name for someone in charge of a mill, or any of the workers in a mill.  Thus, a person's name might be Robert the Myllward (or Thomas the Baker).

When a poll tax was established in the late 1400s everyone was forced to take a surname, and workers became Robert Myllward (or Millward or Miller or Millard) or Thomas Baker, or in some cases surnames were assigned to an entire village (e.g. the surname Highstead or Istead).

In the late 1500s churches were ordered to register and maintain records of births, baptisms, marriages, and deaths, but the only literate persons were priests (and some of the aristocracy).  Names were typically registered based on the phonetic sounds of the name.

​Percival Richard Millard's 4th great grandfather was baptised as Henry Miller in 1661 at the All Saints church in Leighton Buzzard, Bedfordshire.  Click on image below to enlarge. 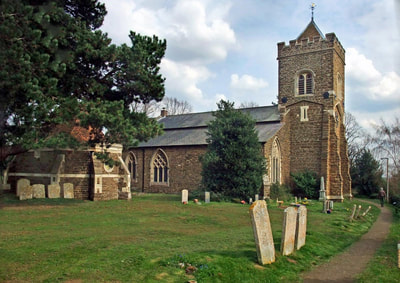 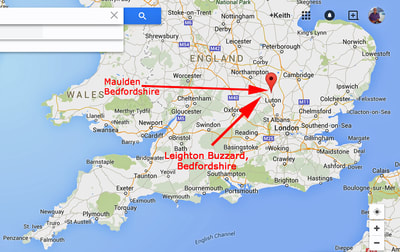 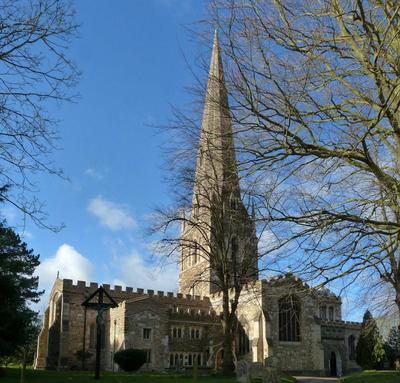 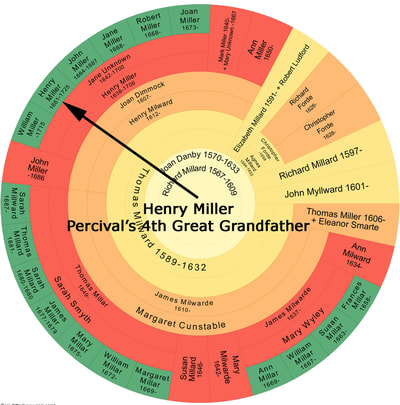 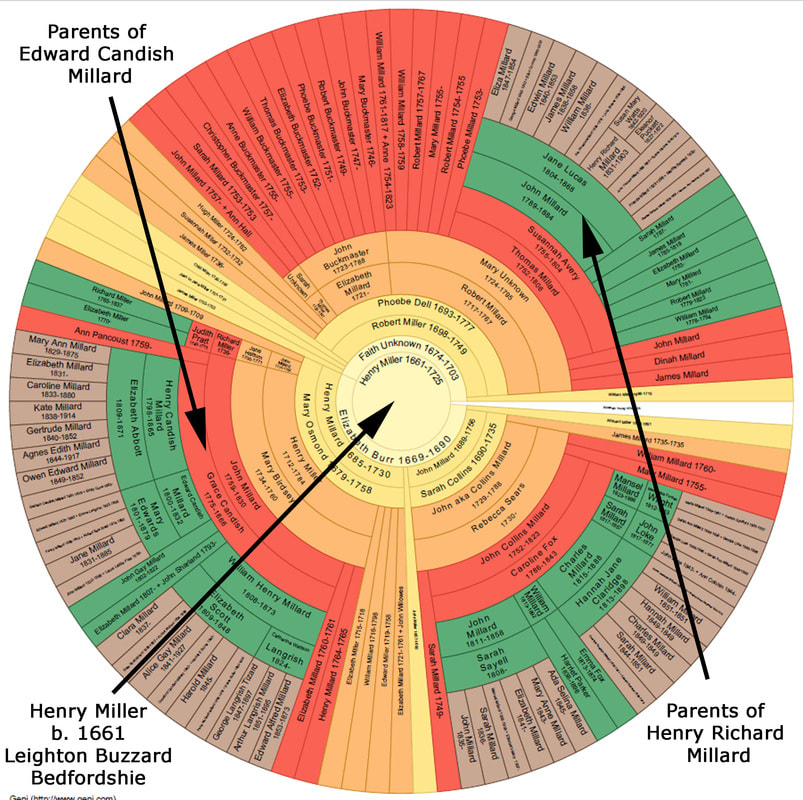 The 7 generation descendants fan chart for Henry Miller/Millard b. 1661 is in the file below.  Percival Richard Millard is in the 6:00 position on a clock face below.

Percy's  father, Henry Richard Millard, was born in October 1831, the 4th of 10 children, and baptized in January 1832 at St Luke's, Finsbury, in Middlesex. He married Eleanor Puckett at the St Pancras New Parish Church in London in April 1858 and on the 8th of May they set sail from Liverpool on the RMS Niagara operated by Cunard, to Halifax, Nova Scotia. The Niagara was one of four paddle steamers ( along with America, Europa, & Canada ) built and operated by Samuel Cunard, a PEI shipowner, and Robert Napier a Scottish steamship engine designer and builder, the first contractor to deliver transatlantic mail. From Halifax, Henry & Eleanor then traveled on to Montreal, Quebec.   They made their family home at 137 Laval Ave and the storefront/shop was at 146 St James street.
Hover your cursor over images for caption, and/or click on photos to enlarge: 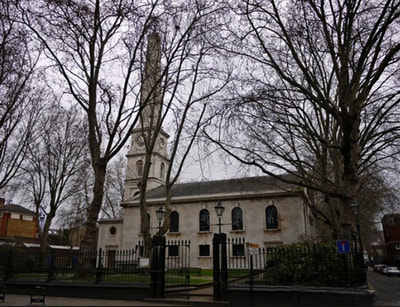 St Luke's, Finsbury, where Henry Richard Millard was baptised in 1831 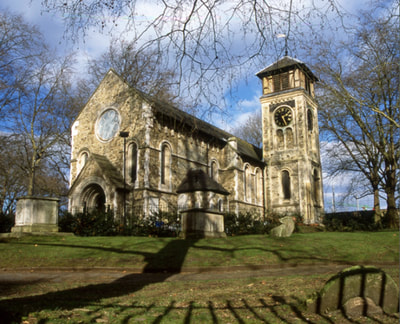 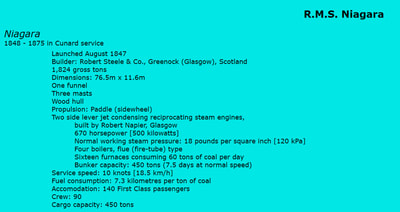 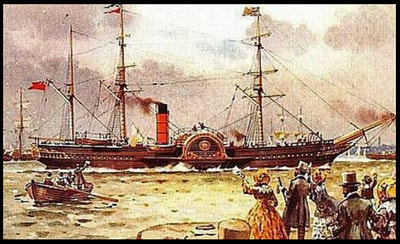 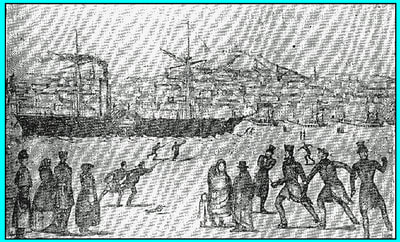 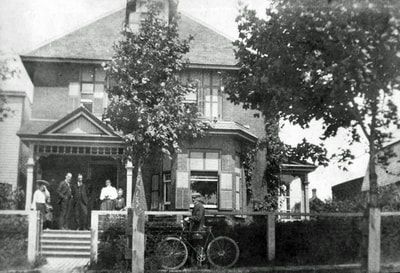 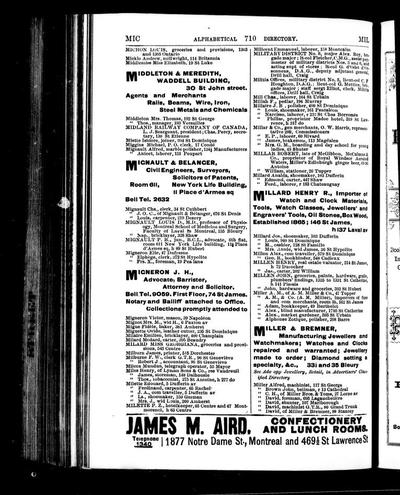