On January 7, 1839, members of the French Académie des Sciences were shown products of an invention that would forever change the nature of visual representation: photography.  The astonishingly precise pictures they saw were the work of Louis-Jacques-Mandé Daguerre (1787–1851), a Romantic painter and printmaker most famous until then as the proprietor of the Diorama, a popular Parisian spectacle featuring theatrical painting and lighting effects.  Each daguerreotype (as Daguerre dubbed his invention) was a one-of-a-kind image on a highly polished, silver-plated sheet of copper.

The Daguerrotype equipment and process was an elaborate, time consuming, and expensive process, as described in detail in the following website; Head braces were used for portraits to ensure there was very little head movement, as exposure times (depending on the light) could take up to 8 minutes.

This is an 1837 daguerrotype taken in his studio, and perhaps is his first one.
Click on photo to enlarge: 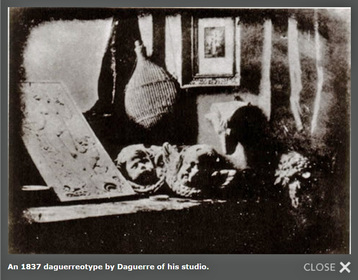 The next photo shows the equipment needed for a typical daguerrotype studio:
Click on photo to enlarge: 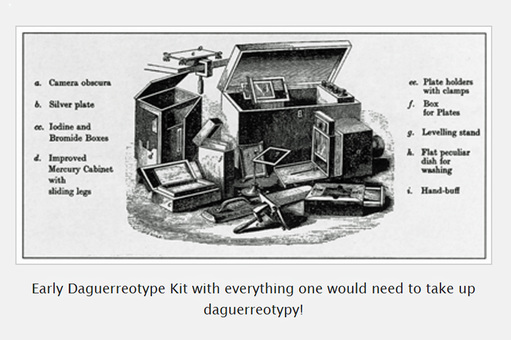 The process is described in some detail at the following address;
Daguerrotype Photography Process:

Development of a flash (by setting alight magnesium powder) reduced the exposure time to seconds instead of minutes.

By the late 1850s technology had been developed to “paint” an emulsion on to a thin metal plate (of iron, not tin) that had a coat of lacquer on it, after exposure in the camera, the photo could be “fixed” very quickly by using highly poisonous potassium cyanide, and the photo could be given to the customer in minutes, usually inserted into a cardboard backing or envelope.

We should note that in both Daguerrotype and Tintype the image was a camera or mirror image that was reversed left to right from reality.

And, now, the reason for this short history!

In my genealogy website and FB Group we have a large number of old photos from the 1870s onward.  Many of these wonderful old photos are completely unidentified and no one living today is able to identify the person(s) or the date or the place.

At the end of December I received an unsolicited contact from a previously unknown and distant cousin in Germany connected to one of our Kleinsteuber family branches that immigrated to Wisconsin in the 1850s.  He had found several old photos in his great grandmother's photo album, the page was labelled as “Our Kleinsteuber cousins in America”. Thank goodness someone had scribbled on the back of it.
Click on photo to enlarge: 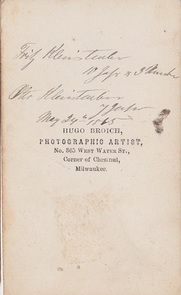 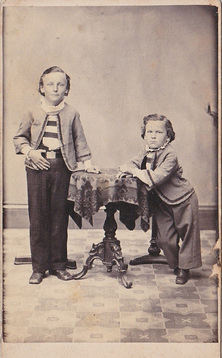 This is the oldest photo in our collection, and cleans up quite well when converted to black and white.
​
Click on photo to enlarge: 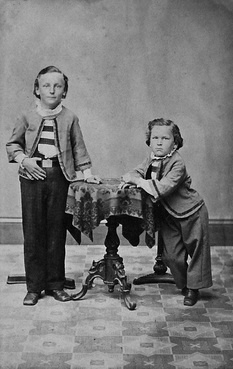 The Importance of Effective Photographic Indexing:

Most of us do try to label our photos, or keep them in separate folders, or any of a dozen other ways.
So, think about this, you email a nice family photo to one of your aunts, she likes it and saves it in a folder called Family Photos. Now it is 20 years later, a cousin finds that digital folder with your picture in it. How would they know when it was taken, where it was taken, or who was in it?

My work in genealogy research, where we have hundreds of old unlabelled photos that no one can provide information about, has convinced me of the importance of good indexing.  That is the background for this section.

Many very smart people do not realize that the default for all computer systems is to automatically sort all files by the full filename they have been given, and most people also do not realize that file names can be very long in length.
Note: Microsoft Windows limits a single path to 260 characters, therefore the photo filename is limited by the length of the complete path to the file (such as C:\Program Files\filename.txt).

My suggestion is to always make the filename of your photo as descriptive as possible, and do it in such a way that the cousin 20 years from now who comes across it will know exactly When it was taken, Where it was taken, and What the photo is about.  It makes good sense to make the year or year, month, day the beginning of the file name.

​Here is an example;
Click on photo to enlarge: 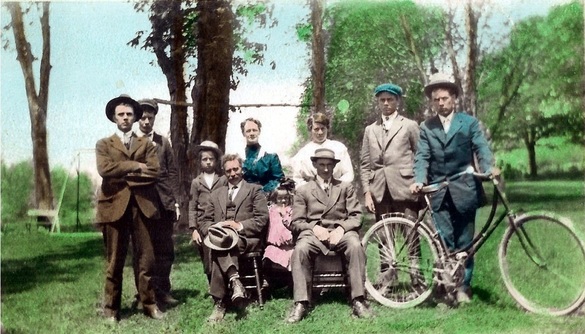 The Filename for this photo:
1915 - Charles Kleinsteuber family at West Lake - Detlor, Miles, Alex, Charles, Mary Eliza, Vera, Jessie & Walter Coulter, Mitchel, and Joseph
Another way of doing this can be seen in the next example;
Click on photo to enlarge: 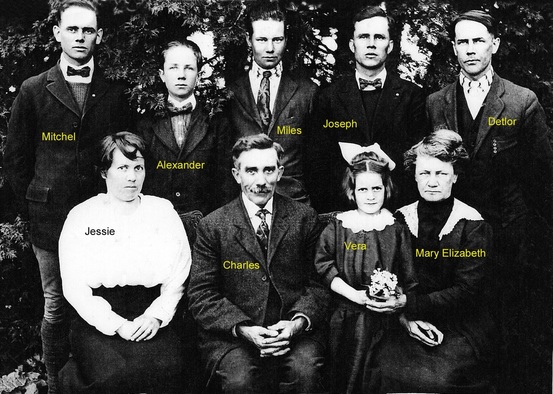 The Filename for this photo:
1920 (abt) - Charles Eleazer Kleinsteuber family at West Lake - with text

​PhotoShop Elements was used to add text names for each person in the photo.

Still another example is to attach a text document under an old group photo (again using PhotoShop Elements) as seen in this next photo.
Click on photo to enlarge: 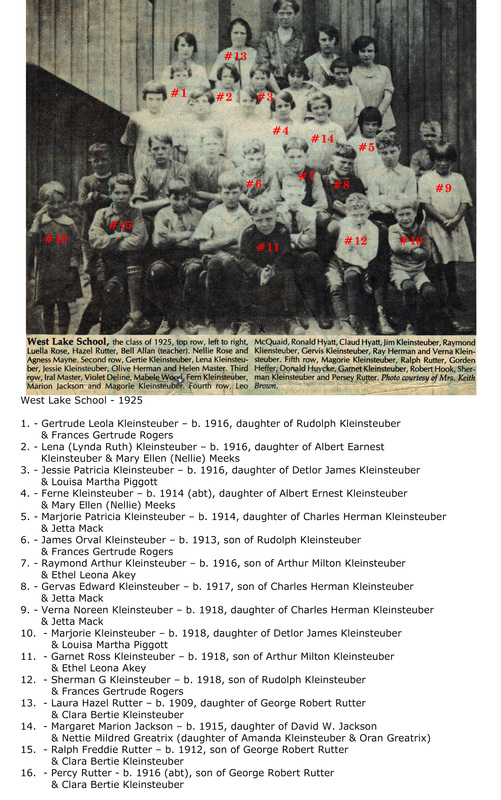 The following Gallery are examples of photos and their filenames so you can judge for yourself which ones best meet the criteria of When, What, and Where.  Many of our personal photos probably don't need this level of detail if they are just for our personal enjoyment, but please consider using a full descriptive filename for photos you send to other people.

​In the examples you will easily see which photos do not sort into Year sequence or don't meet the criteria.
Click on photos to enlarge: 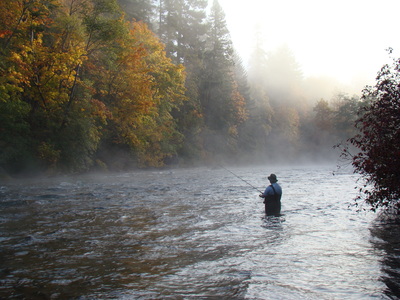 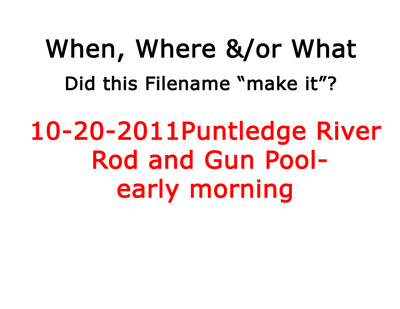 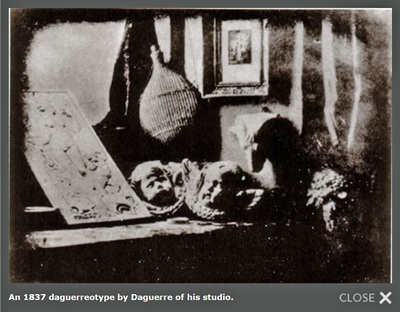 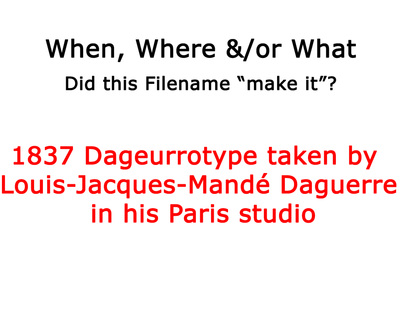 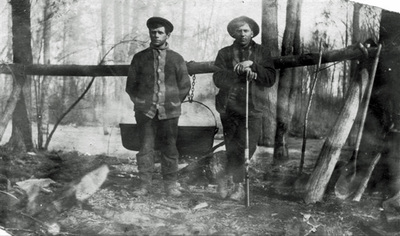 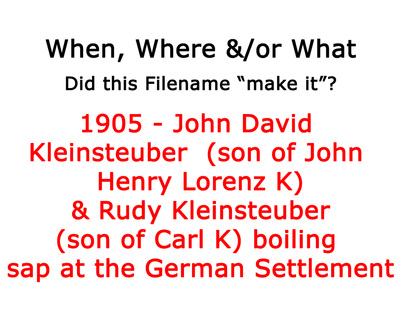 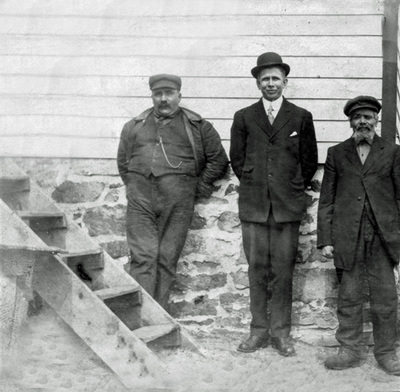 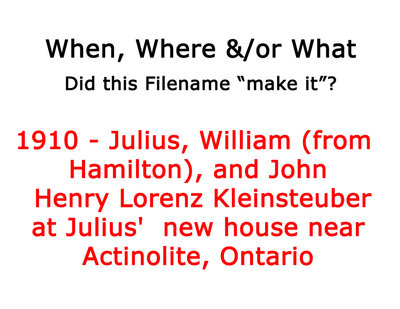 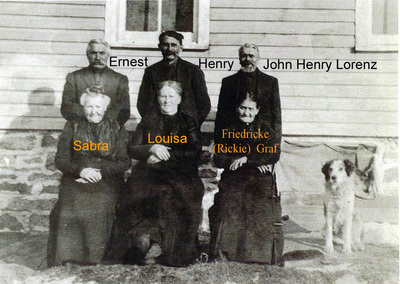 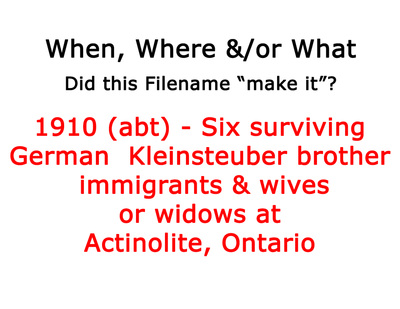 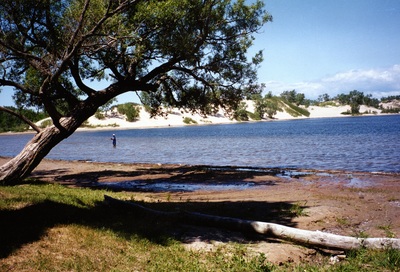 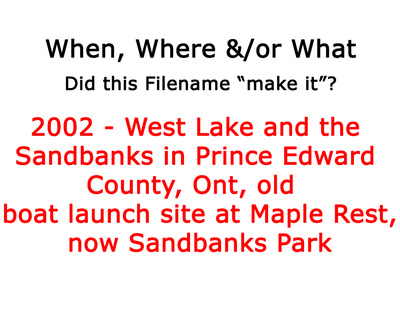 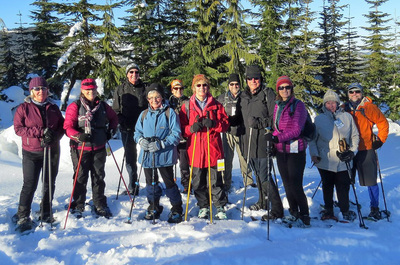 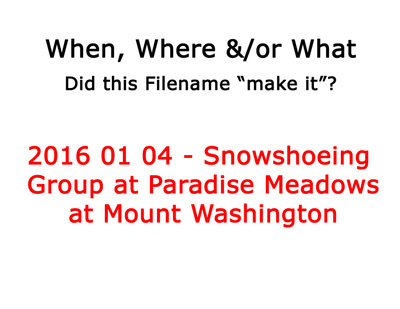 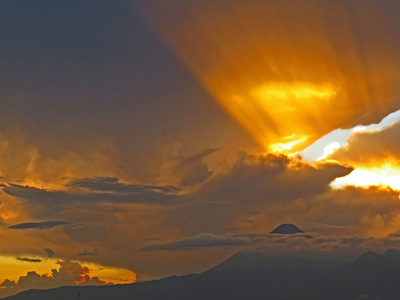 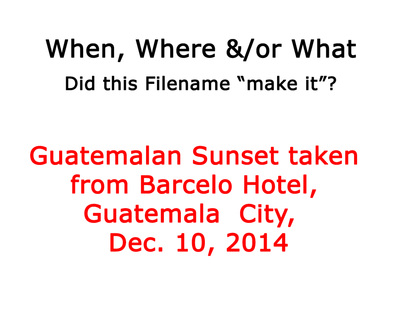